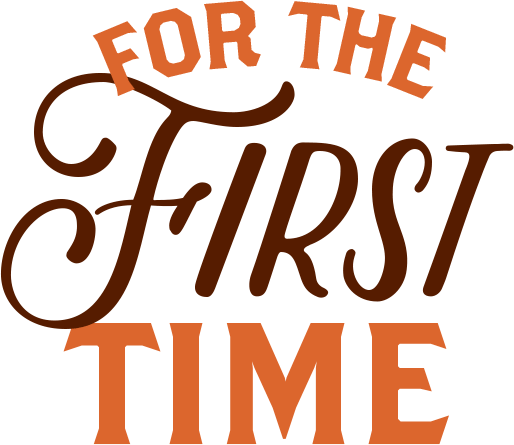 When was the last time you did something for the first time?
Yeah, yeah, let yourself go, come on follow that feeling.
Maybe something new is what you’re needing.

Taking a chance on love might be the obvious sentiment of this refrain from Darius Rucker’s hit song, “For the First Time,” but South Carolina’s favorite musical son holds to a broader interpretation. To him, it’s also about falling in love with new experiences and crossing them off the old bucket list. It’s not a lifestyle choice for Rucker—it’s the only way to live.

As a native and longtime resident of the Palmetto State, Rucker knows where and how to have fun right where he lives. Sure, winning Grammys, playing front man for Hootie & the Blowfish and watching a solo country music career explode like a supernova is beyond thrilling. But Rucker will be the first to say that his pinnacle moments have played out in South Carolina. With his favorite things in mind, Rucker poses this question to South Carolina vacationers: “When was the last time you did something for the first time?”

Golf on the water

South Carolina is home to several world-class golf courses, and that suits Rucker just fine. Be it his home course at Bulls Bay Golf Club in Awendaw or teeing off with old friends at the Greenville Country Club, anywhere he goes, a great game of golf awaits. But it’s those incomparable water views that are the biggest draw for Rucker, and he thinks you’ll love them, too.

We have some great public courses in South Carolina

“We have some great public courses in South Carolina, and Wild Dunes on Isle of Palms is one I play all the time,” he says. “Both courses at Wild Dunes are right along the water. One has views of the Intracoastal Waterway and the other of the Atlantic Ocean. They both are breathtaking courses.”

Miles and miles of shoreline, spectacular ocean sunrises and sunsets, warm weather and watersports are some of the best perks of South Carolina living. When you’re on the road as much as Rucker, it’s the place to go to refocus.

“I go down to Isle of Palms and Sullivans Island for relaxing walks on the beach,” says Rucker. “Both are close to home and not too crowded.”

When his children were younger, hitting the local beaches was also a way to enjoy family time. “I used to go sit in the sand and watch my kids surf,” he says.

While Rucker doesn’t yet own a boat, he says he’s poised to do so. In the meantime, he puts out on local waters courtesy of friends. “In Charleston, if you don’t have a boat, you have friends with a boat,” he laughs. “My buddies and I love riding on the ocean or cruising the inlets while we listen to music and talk, just feeling the breeze in our faces.”

Rucker emphasizes that boating isn’t limited to the coast. Lake Marion and Lake Moultrie span 450 miles of shoreline. “In every South Carolina county where there’s a lake, boating is a huge part of life,” Rucker says. “There’s nothing like a warm South Carolina day on a boat.”

There’s nothing like a warm South Carolina day on a boat.

Okay—not everyone is a fan of college football. But you would be if Rucker, a proud University of South Carolina graduate, had his way. “I go to football games several times a year,” he says. “I love that there are 85,000 people in that stadium and 82,000 of them are cheering for the same team I’m cheering for.”

Experience the energy of South Carolina football, including one of Rucker’s favorite game-day traditions. “We’ve got a great tailgate spot,” he says. “I meet up with old buddies of mine and everybody brings their favorite dish.”

South Carolina’s claim to barbecue fame lies on the shoulders of native son, pitmaster Rodney Scott. Named “Best Chef: Southeast” by the James Beard Foundation in 2018, he got his start as a boy serving whole hog barbecue cooked “low and slow” over pits he designed. Now he has his own place in Charleston. His rustic techniques yield smoked meat that is second to none, and critics the nation over agree. So does Rucker.

“Rodney Scott’s BBQ is absolutely mind-blowing,” he says. “I mean, every time I eat there, everything is perfect—the way he slow cooks the meat, the flavors he comes up with. And the sides taste like my grandmother made them. I love that.”

Rucker lives in the culinary mecca of Charleston, where he routinely tries new dishes. “I went to FIG and ordered the goose liver pate,” he says. “The flavor, the texture—I love everything about it. In fact, right now just talking about it, my mouth is watering! It’s one of the best things I’ve ever tasted.”

Other places Rucker frequents include Hall’s Chophouse, a Charleston original that now has locations statewide, and the Obstinate Daughter, a romantic eatery on Sullivans Island.

“Going out to eat is so much a part of being on vacation in South Carolina,” says Rucker. “So do it!”

South Carolina is happy to make its mark on the nation’s craft beer craze. Because the number of local breweries is constantly growing, the state’s beer lovers—including Rucker—often find it difficult to nail down a single favorite. “The last time I was in Columbia,” he says, “I had a beer called ‘CottonTown Rose Lager.’ It’s so good!”

Brewed by CottonTown Brew Lab, this lager has hints of hibiscus and strawberries. Fans of lighter beer will find it refreshing, especially when the temps start creeping upward.

Hit up a festival

Whether participating as a main act or just for fun, Rucker loves the idea of a day of revelry at a local festival. “One of my personal favorites is the Carolina Country Music Festival in Myrtle Beach,” he says. “The last time I played it, it was awesome. It’s shocking when you hit the stage and see 30,000 people in a field across the street from the beach.”

The three-day festival features some of the biggest names in country music. It’s also a must for Rucker fans who, luckily, will get to see their idol when the fest kicks off this June.

When Rucker’s travel schedule takes him through rural South Carolina, it’s a reminder that life is best-lived when you slow down. “We’ll stop and get gas,” he says, “and find ourselves in places like Ninety Six, a great little town with old houses and barns.” Rucker recommends a visit to the childhood home of Dr. Benjamin E. Mays, an influential figure in the civil rights movement.

Another favorite of Rucker’s is Cheraw, the birthplace of the jazz trumpeter Dizzy Gillespie, whom the town honors annually at the South Carolina Jazz Festival. “You see people who have lived there all their lives and who love everything about their town,” he says. “You can tell they are proud of it in the way they care for their community and treat each other.”

Inspired? Then, let yourself go. Come on, follow that feeling. Whether you’re visiting for the first time or the 15th, let Rucker’s spirit of discovery be your guide to making your own great South Carolina memories.

Discover why there is never a dull moment in the Palmetto State.
Share