I grew up on the Outer Banks of North Carolina, a beach destination that draws millions of vacationers to its towns with its alluring beauty, compelling history, and fun things to do and see. I’ve always appreciated the Outer Banks, but it wasn’t until I moved away for college that I realized just how captivating the area is.

Since moving back, I’ve cultivated a list of favorite attractions—and when people ask me what they should see while visiting, I make sure they don’t miss these.

The first recorded successful airplane flight in the world occurred near Kitty Hawk, one of the central towns on the Outer Banks, a place that Wilbur and Orville Wright strategically chose in 1903 to test their experiments, and ultimately succeed in flight.

Including sculptures, reconstructed buildings, and a towering monument in present-day Kill Devil Hills, the Wright Brothers National Memorial is open daily (except on Christmas). Visitors, and even their pets, can roam the park’s open landscape. Enjoy the historic structures and exhibits, take in the panoramic view of the area from the base of the monument, and walk in the footsteps of the famous brothers who changed the world forever. 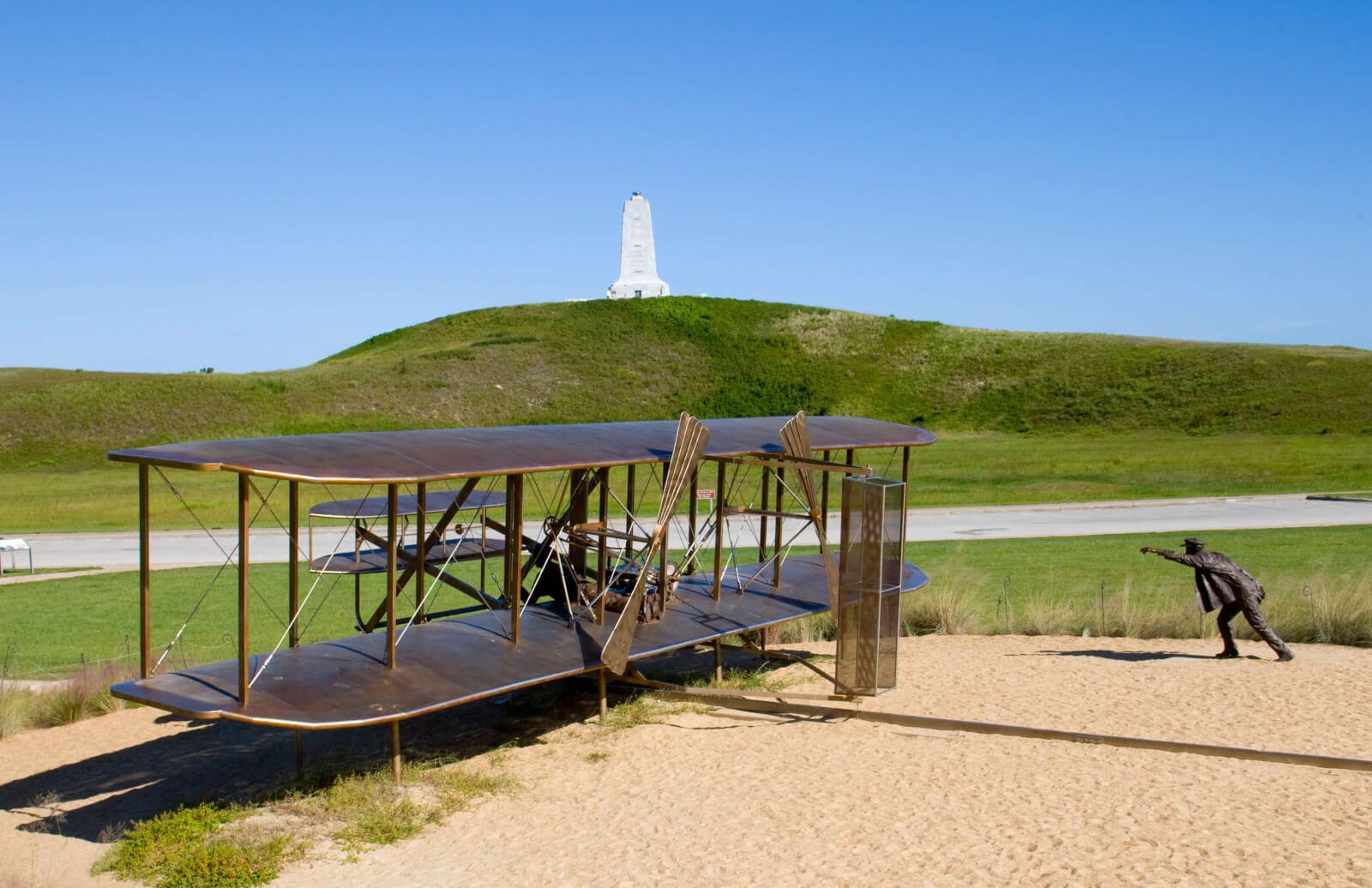 Located on Roanoke Island, just north of the quaint town of Manteo, the North Carolina Aquarium features the largest collection of sharks on exhibit in North Carolina. Rain or shine, this attraction has so much to do, see, and learn for everyone in the family.

An ideal place to introduce the kids to life in the early days of the Outer Banks, the Island Farm on Roanoke Island traces its beginnings to 1775, and adds the perspective of a slower pace and time to a great family adventure. The site is home to a farmhouse built around 1850, cookhouse, smokehouse, dairy, garden, and more. With daily activities and tours, the Island Farm is definitely worth a trip to see how life began to take shape here on the Outer Banks.

A 25-acre interactive historic site located along the Manteo waterfront, the Roanoke Island Festival Park represents the first English settlement (established in 1585). In addition, an outdoor pavilion features music events, a replica of an American Indian town honors the first settlers, and there’s even a 16th century ship that you can board and play checkers with a sailor on. Take the dog and the kids for a walk among Sir Walter Raleigh roses and weeping willows, or learn the park’s in-depth history.

The northern Outer Banks boasts five lighthouses within a day’s driving distance of each other, three of which are in Dare County’s Outer Banks.

You will find the Bodie Island Lighthouse in Nags Head at the tip of the Cape Hatteras National Seashore (another enchanting area to visit). If you turn west from there, you will come upon Roanoke Marshes Lighthouse, a cottage-style screw-pile lighthouse at the end of a dock in the Croatan Sound. Going south from Bodie, you’ll come across Cape Hatteras Lighthouse, a black-and-white, spiraled structure—the tallest brick lighthouse in the country.

The largest natural sand dune system on the East Coast, Jockey’s Ridge State Park is a favorite attraction among locals and visitors alike. Head to the top to fly a kite, marvel at the sunrise or sunset from a bird’s-eye view, or log roll down the dunes, one of the most memorable things to do there—I know from experience, of course! 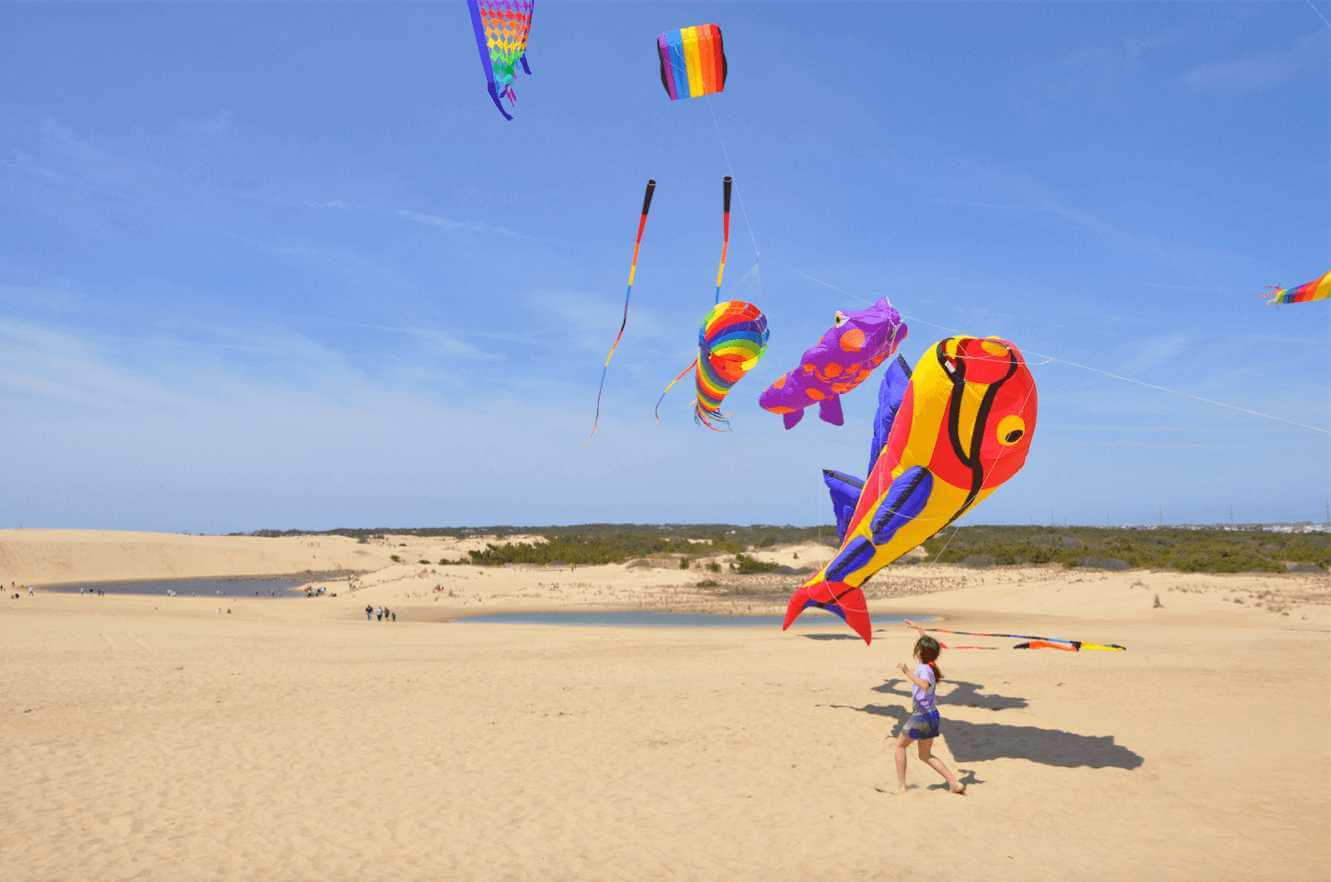 While the OBX (that’s Outer Banks in local speak) boasts many refuges and national parks, Pea Island Wildlife Refuge epitomizes the wild beauty that has attracted visitors since the beginning. With its sprawling beaches—scattered with marshes, wetlands, and dune grasses—this quintessential Outer Banks wilderness became a wildlife refuge in 1938. It’s primarily a safe haven for the multitude of birds that inhabit and migrate through. Bonus for families, the refuge provides a rare opportunity to see them.

Sunken pirate ships, waterfalls, and jungle animals are among the themes that transport you into another world in one of the most popular activities for families visiting the Outer Banks: mini golf! Stop by one of the many courses for a couple of hours off the beach for fun, laughter, and some healthy competition.

Let’s not forget the 200 miles of coastline that make up the Outer Banks. With an array of beaches including ocean-side, sound-side, wide-open sprawling expanses, and bustling strips, the beaches here offer as much pleasure as anything else found in the area.

No matter the time of year, head out in the early morning to revel in a sunrise over the ocean, and comb the sands for shells, or take a stroll as the sun sets over the dunes, and keep your eye out for ghost crabs emerging from their holes and scuttling across the sand. 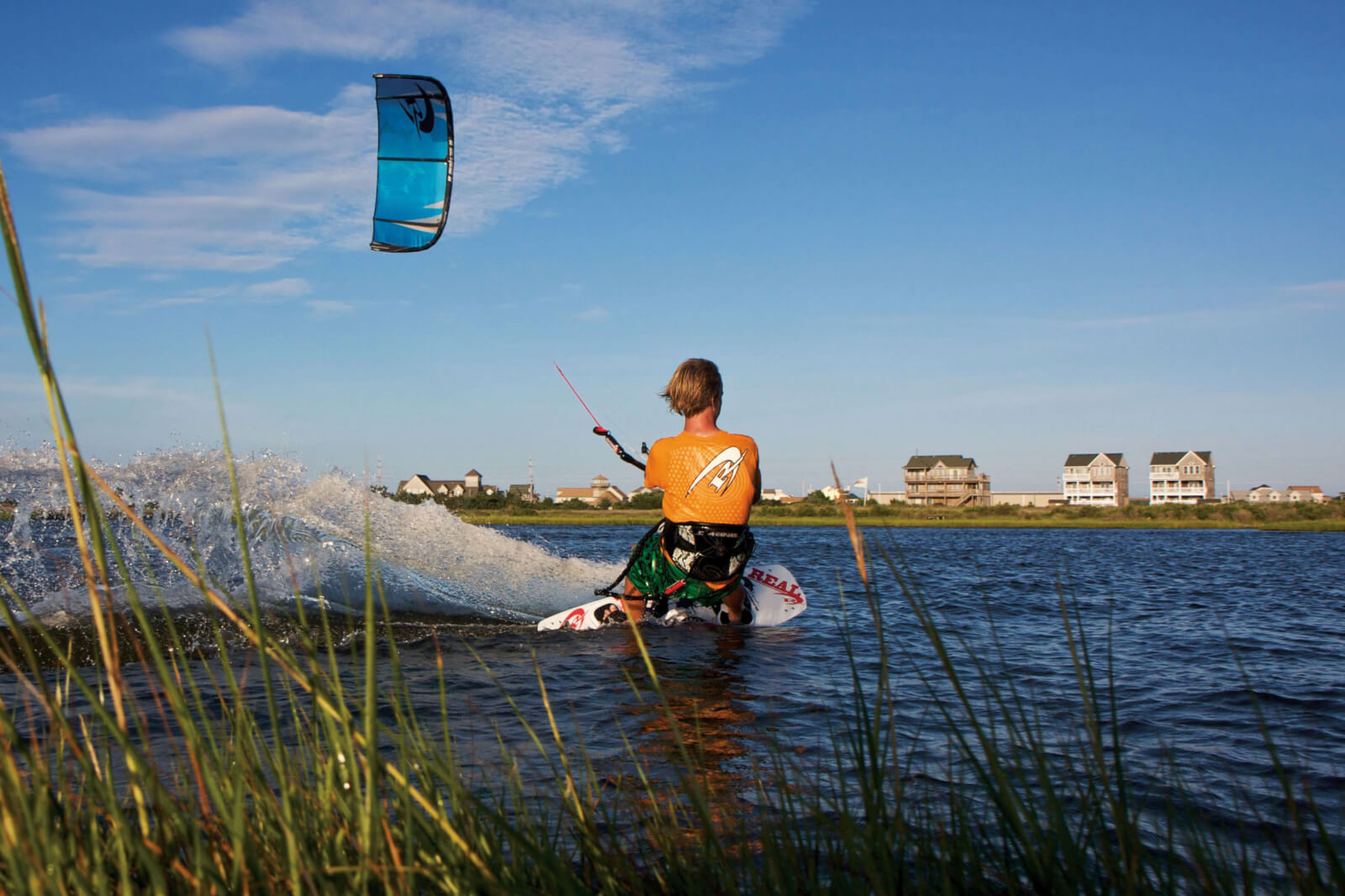 The Outer Banks is one of the best fishing spots on the East Coast, which makes for ample sporting opportunities on the beaches as well, including crabbing, fishing, and shrimping. Many sports enthusiasts also take advantage of the coastal wind patterns and numerous access points to the ocean and sounds to participate in their favorite water sports, including surfing, kayaking, kiteboarding, and more—sign your teen up for a lesson or take one yourself!

Last—but definitely not least—the clean beaches of the Outer Banks provide unlimited spots to kick back, bask in the sunshine, and feel that incomparable ocean breeze while building a sand castle, for example. Can you feel the sand between your toes yet? 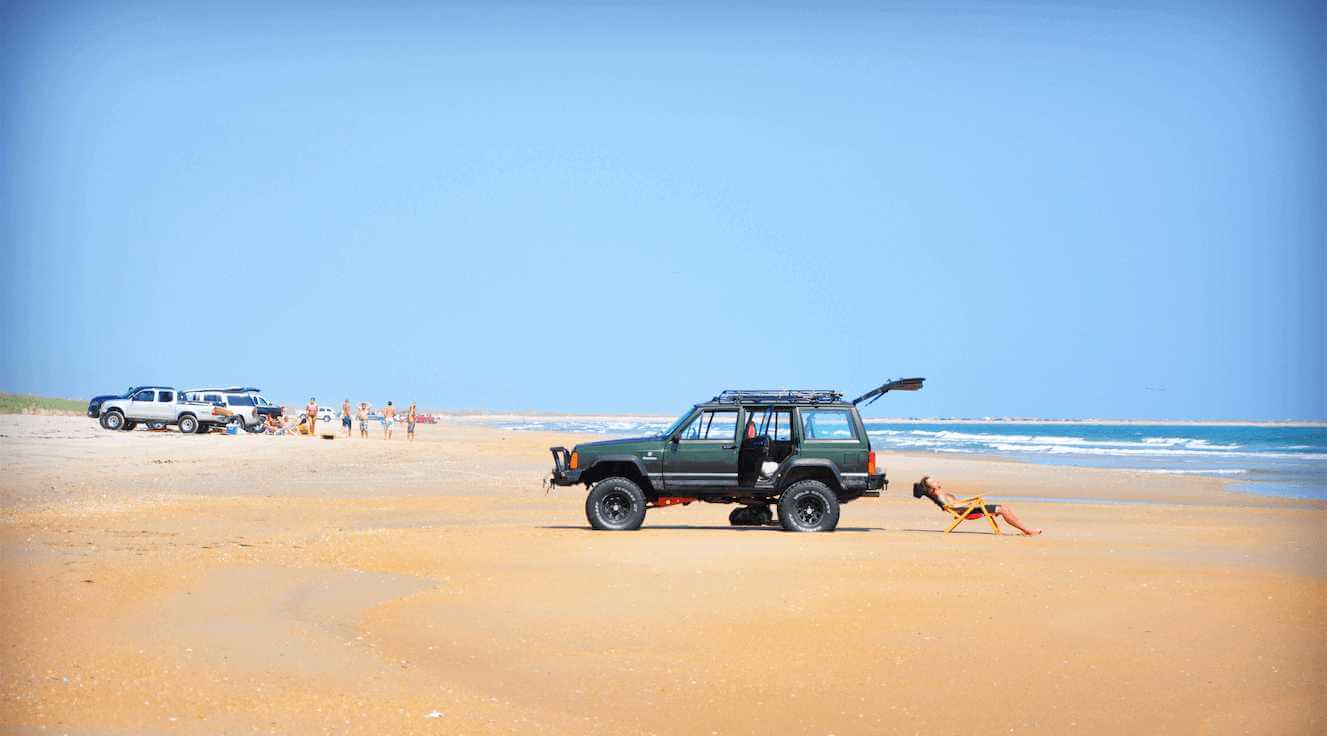 Only in the Outer Banks

The combination of all of these amazing aspects makes me excited to live in such a wonderful place. And I’m happy to be able to share it with hundreds of thousands of visitors every year. The wildlife I come across, the historical significance around almost every corner of this incredible stretch of beach make the Outer Banks not only one of my favorite places on Earth, but an unforgettable beach destination for our visitors.

How to Save Money While Traveling the U.S.